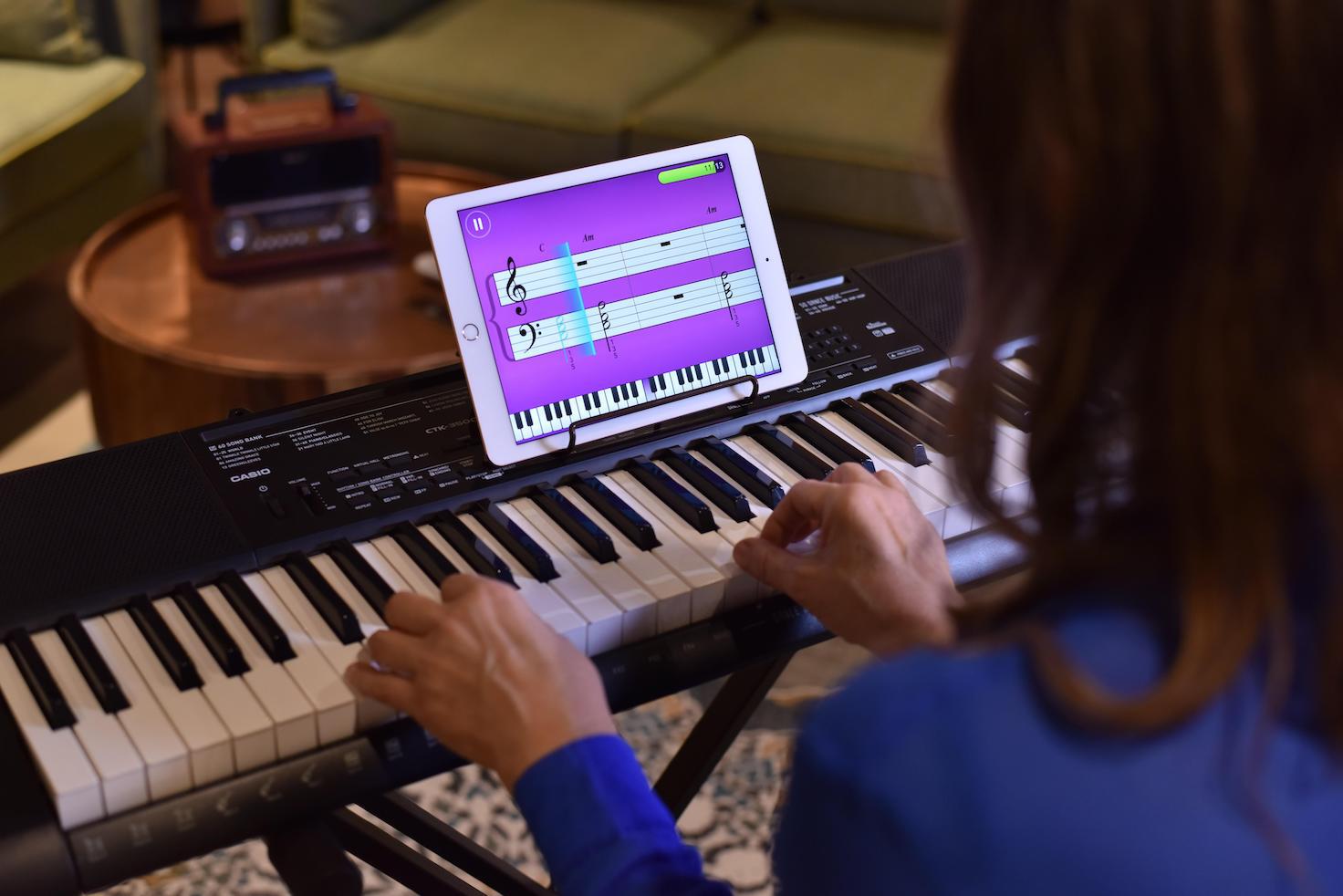 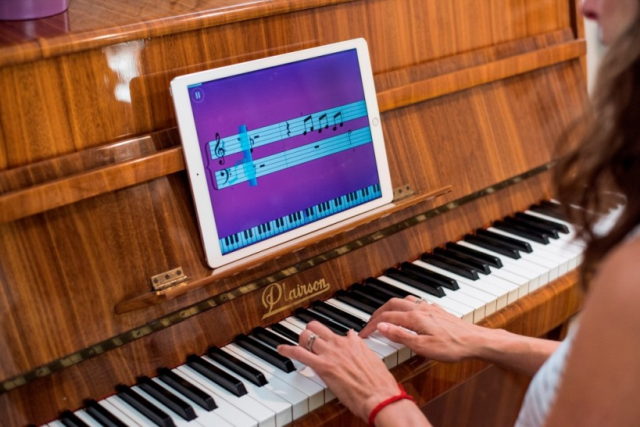 Music Lessons Academy has called upon the power of gamification to supercharge student learning, by partnering with Simply Piano to deliver a hybrid music education.

And early results have been stunning, with students more engaged, actively practicing more often and developing their skills faster than with traditional teaching methods.

Simply Piano is an app that allows students to play their piano along to backing tracks, while achieving scores and progressing through levels.

“I have one student, an eight-year-old with ADHD, who finds it challenging to look at sheet music and maintain her focus. As soon as I introduced Simply Piano, she was inspired to focus for the whole song and she now practices songs over and over to make sure she gets 100 per cent accuracy. We are seeing great improvement with her skills and she finds it really fun, which is the most important part of learning an instrument.”

Simply Piano works by placing an iPad or other device on the piano where the sheet music would normally go.

The music scrolls along the screen as the student plays along with the backing track and the program listens in to make sure they are hitting the right notes.

Students receive a score at the end of the song and can keep practicing until they achieve the perfect score and unlock the next level of the program and more batches of songs.

“I tried the Simply Piano app and I really enjoyed it,” Kayla said. “I reached out to them and asked if we could collaborate and they were more than happy. So we’ve delivered a hybrid music program, where teachers are still teaching alongside their students, but using this app as a tool to aid the learning.

“The app still requires a teacher, we don’t recommend students use it by themselves only. So we offer a discount subscription to the app as part of our collaboration.”

There has been a trend towards gamification in education in recent years, in workplaces and even in the Australian school curriculum, after numerous studies found there were benefits to the method.

“We still do all the practice, like scales and theory,” Kayla said. “But it’s just really fun for students to learn and play along with their favourite songs and feel almost like they’re playing in a band.”